I’ve been thinking about writing this post for a few years now and I finally decided to do it. And now it’s probably the best time as I just completed my education in the Netherlands, meaning that I can share my experience and some advice from the 4 years that I spent there.

I came to the Netherlands at the age of 18, right after graduating high school in Sofia, so in 2013, to study International Bachelor in Communication and Media in Erasmus University Rotterdam. Why did I choose this country, city and programme? First of all, I knew I wanted to study abroad due to the better quality of the education in comparison to the Bulgarian system. Also, most of my friends from high school were already planning on studying either in Germany or Austria. And as I wasn’t really keen on studying in German, I decided to go for an English-taught bachelor programme, which is almost non-existent in Germany. I guess you will ask why I didn’t go to the UK then? Well, I never really considered it as an option due to the insane tuition fees and plus, I just really didn’t feel excited about the thought of spending 3-4 years there.

The Netherlands seemed as the best option as my sister Lina had shared good reviews about the country and the educational system – her experience from an exchange semester spent in Amsterdam. After doing some research, I was pleasantly surprised to discover the variety of English-taught programmes available across the universities in the country. I wanted to pick a programme that didn’t involve maths as I wasn’t too good at the subject in school and was scared that I won’t be able to keep up with it in uni. So, I applied for a few different universities (as far as I remember Maastricht, Utrecht, Rotterdam and the Hague) with the programmes European/International law or Media and communication. Don’t ask me why I thought that I could study law 😀 In the end, I chose Rotterdam because it was a bigger city and Erasmus University had a very good reputation and high ranking. The EU-citizen tuition fees for the public universities back in 2013 were around 1800€ but they get increased every year (for 2017/2018 – 2000€), which in comparison to the UK was rather low… 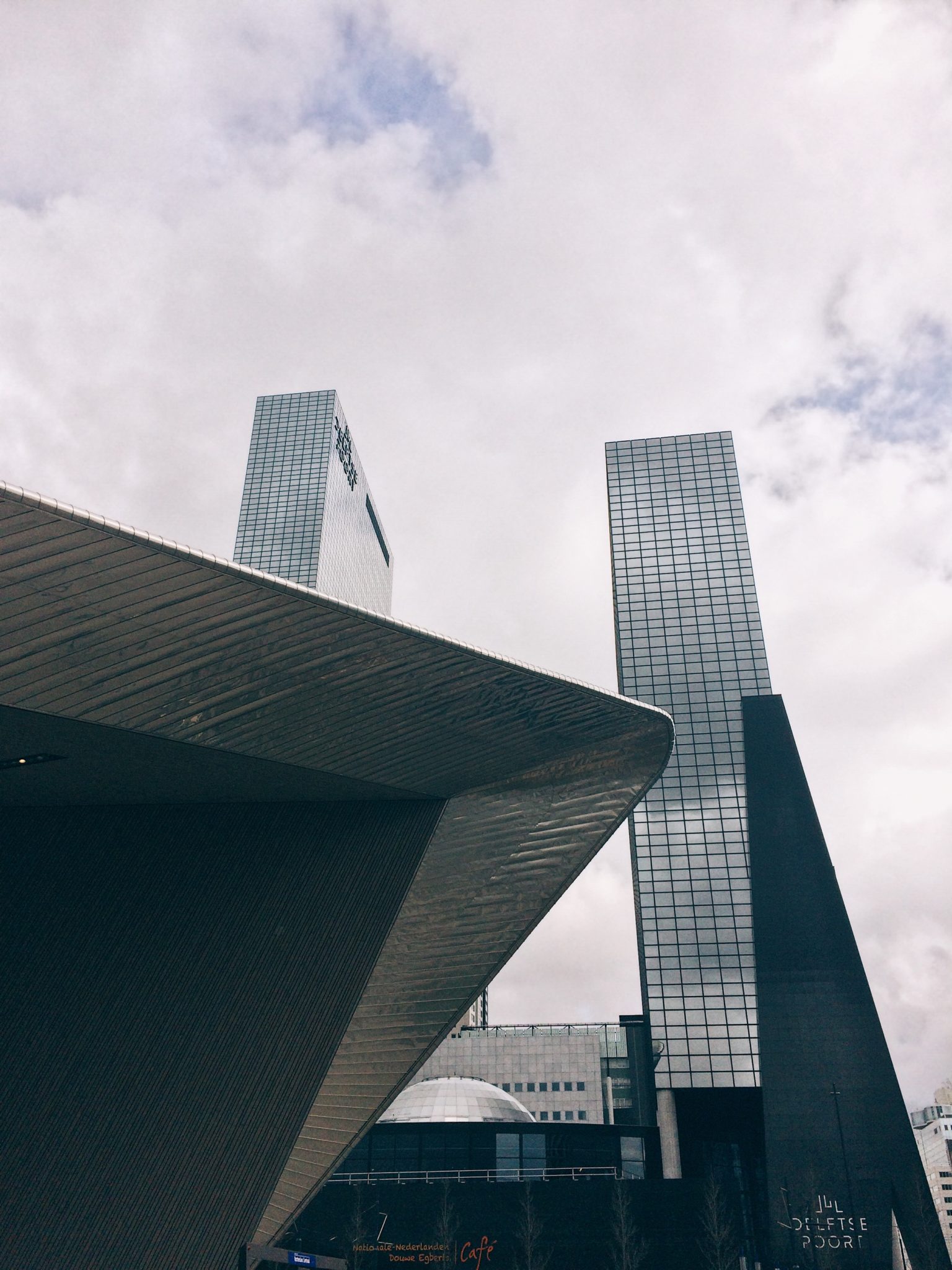 What’s my opinion about the bachelor’s programme IBCoM?

Overall, the programme is interesting but most importantly rather broad, so I would recommend it to people that are not very sure about what they want to do for a living. The environment was really cool though as more than half of the students were coming from outside of the Netherlands and the vibe was super international. In the first year, we had 12 mandatory classes each with an individual exam that you must pass in order to continue with the next year (out of 3 in total). The classes were all different such as statistics, sociology, media and politics, etc. From the second year onwards we were allowed to choose a few of the classes on our own, called a focus area, where the options were 3 – media and politics, media and journalism or media and business. I chose the last one, which was the starting point of my interest towards marketing and digital communications. At the end of the second year we also had to do a mandatory internship of at least 2 months. Then, in the autumn semester ot the third year we could choose between spending a semester abroad as part of an exchange programme or taking a minor. I decided to go on exchange in Helsinki for 4-5 months, which was a great experience and I could share more details about it in a separate post if you would like me to! After that I went back to Rotterdam to take a few more courses and work on my bachelor’s thesis in order to graduate. Around the end it was tough but now that I can compare it with the master programme, it seems like an easy job 😀

But why did you decide to also do a master in Rotterdam?

This time I took a more thought through, conscious decision in comparison to the one after high school. In my second year I did a 4-month marketing internship in an FMCG company, which is when I realized that this field interests me a lot – especially digital marketing as I had obtained knowledge and skills both from university and my own personal interests.  The master programme MSc Marketing Management in Rotterdam School of Management offered a very specific focus in this direction, namely digital marketing and analytics. I had researched this and the application process beforehand as the programme was part of another faculty in my university. The good thing was that I did not have to take the GMAT exam, instead I had to take a few courses from RSM during the final months of my bachelor in order to apply. Of course, there were other criteria such as a minimum overall GPA, cover letter, CV and so on.

However, due to the time spent in Finland and travelling around, I was really keen on doing a master somewhere in Scandinavia (either Stockholm or Copenhagen) but the programmes in the best universities were not exactly what I wanted. Which I why eventually I decided that Rotterdam is once again my best option, plus RSM has an extremely high ranking for business related programmes, making it one of the top business schools in Europe. I applied at the end of my bachelor but after I got accepted I decided to take a gap year and came back to Bulgaria to work for a year in the field of digital marketing. I had the option to reserve my spot for the next academic year, which is exactly what I did 😉

So, was this master programme worth it?

Let me start with some background information, this faculty (RSM) as I already mentioned is famous for its high rankings when it comes to business programmes, meaning that it’s pretty hard to get accepted and once you do – the workload is insane and you would have to manage with a lot of stress 😀 So in other words, it’s not easy! The cool thing was that the overall vibe was very productive as most of my classmates were super motivated and really wanted to be here (something that was missing during the bachelor). Again, the programme was very international and I was happy that it was only 1 year long 🙂 The first two terms (basically 1 semester) included a few main courses – two strategical ones and two more technical ones, mostly statistics. The next half a year each one of us would start with the thesis trajectory and could also pick his own courses and track: either Brand and product management or Digital marketing and analytics (which is what I chose). These final 5-6 months were really hard and towards the end I was really close to losing it 😀 But it is all over now and most of us made it! Just to clarify, I picked the harder track but I really don’t regret it as it was my initial choice, which taught me a lot more than expected. So, final words – I am very happy with the master programme and especially by RSM in comparison to my bachelor programme, which is why I would definitely recommend it to anyone that is considering applying.

I really hope I managed to help someone of you with this piece of information based on my own experience as I know how hard and confusing it is to pick the right programme, let alone somewhere abroad… It’s definitely not easy but I would encourage anyone that has the resources and willingness to study abroad in a good university as this not only provides good education but also enriches a person socially and culturally. For me I, this experience enabled me to broaden my horizons and helped in building both my personal growth and professional perspectives.

If you have any questions about how life in the Netherlands is, the educational system or anything else on the subject – you can ask me in a comment below, email me on contact@quitealooker.com or DM me on Instagram @quitealooker. I would be happy to answer and help you in your decision!

adidas x Parley for the Oceans

[…] and cannot even try to sum it up in a few sentences. You can read the detailed post about why I chose to study abroad here. From all the positives, I learned how to be independent, met great people, some of which became my […]